Storyhunter Russian journalists Alexander Roslyakov, Irina Sedunova, and Tatyana Chistikova contributed to the writing and information in this article.

Russia stretches across the Asian and European continents and is the largest country in the world. It spans eleven time zones and is bordered by over a dozen countries: Azerbaijan, Belarus, China, Estonia, Finland, Georgia, Kazakhstan, Latvia, Lithuania, Mongolia, North Korea, Norway, Poland, and Ukraine. The country’s coastline stretches along the Arctic and Pacific Oceans, the Baltic Sea, Sea of Azov, Black Sea, and the Caspian Sea.

Russia is the ninth most populous country in the world with over 144 million people, 77% of which live in European Russia. Russia’s land area of 17,125,200 square kilometres makes up one-eighth of the world’s inhabited land. Russia’s capital and largest city is Moscow, which has 13.2 million residents within the city itself and over 17 million within the metro area.

Russia recognizes 35 different languages, but the three most spoken languages are Russian, Tatar, and Ukranian. Russian is the second-most popular language online, and one of the six languages of the United Nations.

If I only speak English, will I need a fixer?

You might get lucky and find English speakers in Moscow or St. Petersburg, but your best bet is to hire a fixer, especially if you’re not working in a major city. If you don’t speak any Russian, you should get a fixer to help with set-up, production, research, or conducting interviews.

International journalists need a journalist visa and media accreditation from the Russian Foreign Ministry. It’s a good idea to carefully review Russia’s visa requirements for your country and you may want to contact the Department of Press and Information of the Russian MFA as well as their rules of accreditation.

While working, especially when filming or covering opposition protests, you should carry a press card. Tatyana and Irina suggest hiring a local fixer to apply for accreditation for you. You can also send your documentation to the Russian Ministry of Foreign Affairs by email. When applying for accreditation, you will need to include:

“It is always good to carry a press card, as you, for example, might be stopped by a policeman or even detained while covering an opposition rally. Police can ask for your documents when you film close to governmental buildings such as territory around Red Square and the Kremlin.” — Alexander Roslyakov

Alexander says that there isn’t a particular press club for foreign journalists. However, there is a Facebook group for foreign press called Moscow Hack Pack, where people will be able to answer any questions you have about visas, accreditation requirements, contacts, finding a reliable driver, and more.

While there aren’t restrictions for filming in most of Moscow and other cities, certain public places, such as the Red Square or the Kremlin, will require additional filming permits. To get them you must contact their press offices and it usually takes two to three days to get permission. If you’re in a rush and need to film the Kremlin, Alexander suggests filming from Manezhnaya Square, which has a view of it.

The Department of Information and Press of the Russian MFA regulates local and foreign press. You can also contact the Kremlin Press Office for permissions there.

There are no particular security issues when working in Russia, but it can be helpful to consult other reporters or filmmakers before traveling outside the cities. And, if you’re in the city, Irina and Tatyana suggest watching out for traffic as well as to being aware of how much people charge you for their services. You should also follow the filming permissions and restrictions when necessary.

“For instance, if you plan to film at the Red Square, and while discussing this with the local authorities, you mention that you would bring one camera and two camera operators and you put this information in your media request, you should stick to that initial plan. Don’t try to show up with more equipment or people then is listed in your initial request. We would recommend putting more info in your written request.

And general advice is be yourself. Russians are nice and helpful people, it’s not that hard to get along with us” — Irina Sedunova and Tatyana Chistikova

These numbers can be dialed from both landlines and mobile phones.

If you are traveling to any disputed territories or conflict zones, you may require additional security, media accreditation, or other documents to grant you permissions to travel to those areas.

“Since Russia annexed Crimea, Ukraine presented rules for traveling to there. To cross to the region and not to break Ukrainian law you need to obtain a permission in Kiev and only after having it travel to the peninsula. You can read more about the procedure and ways of entering Crimea at the Ministry of Information Policy of Ukraine website.” — Alexander

There are many ways to get around in Russia and public transportation is fairly reliable in Moscow. However, there can be heavy traffic in the major cities.

Taxis and cars: There are three major taxi apps — Uber, Yandex Taxi, and GetTaxi — as well as car-sharing companies — Delimobil, YouDrive, Anytime, and Car5. If you’re driving, you should be prepared for heavy traffic in Moscow and St. Petersburg, where it can take one or more hours to reach your destination. Irina and Tatyana do not recommend getting private cabs in Moscow’s city centre as they are intentionally overpriced.

Metro and Buses: Moscow’s public transportation system will be going through a major renovation ahead of the FIFA World Cup next year, but it is usually reliable. Alexander says that trains come every three minutes and that it’s easy to track buses, trams, and trolleys with the Yandex Transport, Yandex Metro, and Yandex Maps apps.

Bikes: There is at least one city bike rental in Moscow that operates over the summer, but there aren’t any bike routes through the city centre and it can be difficult to cross roads.

While Russia does not have an official census of religion, a 2015 Pew Research Center finding showed that over 70% of Russians identify as Eastern Orthodox. Orthodox Christianity has a long history in Russia, dating back to the tenth century. The next most popular religions are Judaism, Islam, and Buddhism, though a significant portion of the population has no religious affiliation.

How is religion visible in day-to-day life?

Russia is officially a secular country with a separation of church and state, though religion plays a noticeable role in society. There are many beautifully-constructed Russian Orthodox churches across the country and if you visit them, you should be respectful of their customs.

Since the dissolution of the Soviet Union, where religion was suppressed, there has been a rise in religious practice. While there are no particular religious rules or laws, Russia has recently come under fire from the UN and U.S. government for violating religious liberty.

Things you’ll find here that you won’t find anywhere else:

Because of globalization, Irina and Tatyana say that the city centres look like most cities now, with shops, markets, and restaurant chains.

“You will notice the difference while traveling away from the big cities — you will see lots of historic low-rise or wooden buildings. Overall, Russia is enormously rich in history — we would definitely recommend visiting not only Moscow and St.Petersburg (though they’re incredible too), but also small ancient Russian cities, such as Vladimir, Suzdal, and so on. Secondly, Russia has a vast territory and really diverse nature — so if you get an opportunity, definitely go to the East, to Kamchatka Peninsula or the Kuril Islands. You would be surprised by the beauty of primeval nature there.” — Irina and TatyanaIrina and Tatyana took a trip last summer to Yamal, where they filmed this story about indigenous nomad teachers for AJ+.

Airbnb is a good option for filmmakers and journalists traveling in Russia. There are also Facebook groups for those looking for lodging, such as Flats for Friends, or for foreign journalists in general, such as the Moscow Hack Pack group.

Irina and Tatyana say that they have had film crews stay at the Ibis Moscow Centre Bakhrushina Hotel and Novotel Hotels.

Great places to work from:

You can work out of your hotel or any local coffee shops.

In Moscow, there is a co-working space called Yellow Door, located on Strastnoy Boulevard, with a coffee shop inside.

RENTAPHOTO is the best option with several locations in Moscow.

Access to a strong internet connection is good throughout the country, except for in remote regions of Siberia or rural areas. Most cafes, restaurants, and even the Moscow metro have free wi-fi connections. It may not be fast enough to upload or download huge files, but hotel wi-fi or a 3G connection on your mobile phone is usually enough to send big files.

“Both government and carriers invest a lot of money in developing the network. In cities and towns outside of Moscow, it’s easy to find good internet connection even for mobile internet….The network is so good, that I mostly rely on the mobile internet while covering events in Moscow or St. Petersburg and use my iPhone as a hotspot. This allows me to send big files up to 1GB in ten to twenty minutes or even faster.” — Alexander

Russia’s standard voltage is 220V-240V and runs at 50Hz. They use two-pin plugs (the same type as most of Europe), for which adapters are easy to find in most local electronics or convenience stores.

Local currency is the Russian ruble, which converts from around 60 RUB to 1 USD. There are many ATMs throughout the cities. While most restaurants accept credit cards, most smaller, local stores will only accept cash.

Moscow bars and restaurants where expat journalists tend to gather:

Alexander made the Google map below and list of his favorite places to eat and drink in the city, which includes restaurants, cocktail bars, hamburger joints, cafes, and more.

Storyhunter freelancers who collaborated on this:

Tatyana Chistikova is a documentary filmmaker and visual storyteller. She is a 2014 NYU News & Documentary graduate. She works with Irina Sedunova, specializing in video production in Russia and beyond. Together, they also take on photography, fixing, writing, and translation. They have worked with AJ+, BBC, Sky News, NBC, Fusion, Zinc, PearVideo, International News Services, Money Laundering Bulletin, and News Deeply.

Alexander Roslyakov is a freelance news reporter and video journalist based in Russia. His work has been published by The Associated Press,The New York Times, Washington Post, The Guardian, and featured on ABC, CBS, NBC, BBC, euronews as well as VOX and AJ+.

Want to get more insights into freelancing and video production? Sign up for our newsletter here! 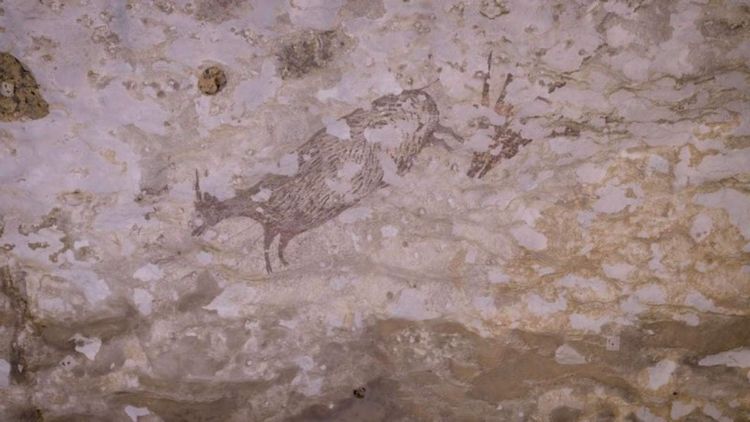 Welcome to the Story Economy

The conventional wisdom suggests that we now live in a “creator economy.” As the Founder and CEO of a creator-first company, I’m here to…
Jul 5, 2022
9 min read
Jun
28 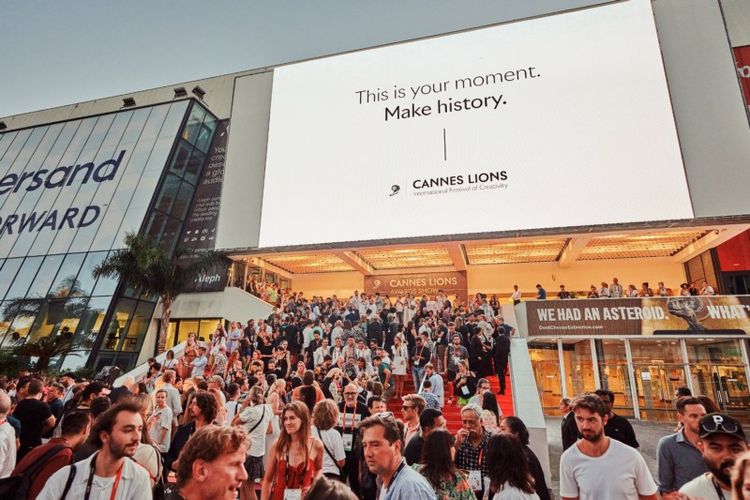 We Went to Cannes Lions 2022: Here Are Our Top Creative Takeaways 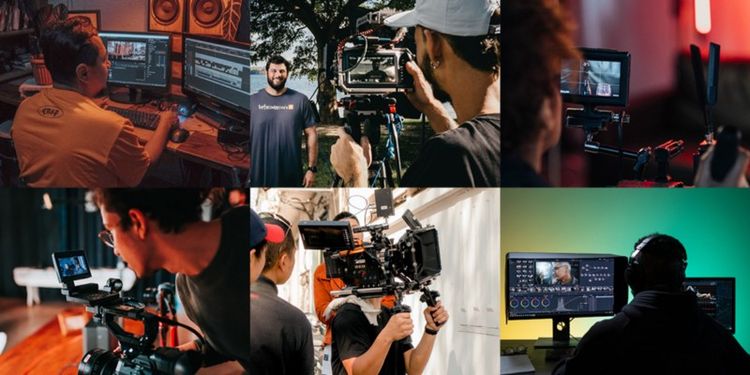 Three Tips To Help You Find Your Next Gig on Storyhunter

If you’re on Storyhunter, chances are you’re a super talented content creator. But how do you stand out among a sea of qualified media…
Sep 20, 2021
2 min read
Jun
21

Want to Sleep Better at Night? Insure Your Gear With These 8 Trusted Companies

As freelancers and production companies, you are in the field telling some of the most compelling and pressing stories of the day in both…
Jun 21, 2021
4 min read
Mar
24

The proliferation of smartphones and social media platforms has led to the rise of vertical content. But why should you care about…
Mar 24, 2021
1 min read